Great PPC Management is Not for the Birds 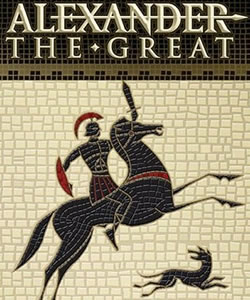 What did Alexander the Great have in common with Rameses II (The Great)? Both were Egyptian Pharaohs.
And what does Alexander the Great have to do with PPC Management?
Once upon a time, after a quick trip to the local convenience Oracle, Alexander made his first royal act as Egypt’s Macedonian Pharaoh the building of the fabled city of Alexandria (Alexander was a master of self-branding long before Madonna).
The Great One (Alexander not Jackie Gleason) put on his city planning helmet, and dashed about at breakneck speed, marking chalk in hand, and his posse (Surveyors and Sycophants) panting along behind him.
Everywhere he went, Alexander marked the line of fortifications, the position of the farmer’s market, and sites to be reserved for various and sundry temples.
Of course he ran out of chalk. But not to worry, helpful attendants gave Alexander boatloads of barley-meal so he could continue the ritualistic outlining of his proposed masterpiece.
But soon, flocks of hungry seagulls and ravenous raptors descended upon Alexander’s design (like Twitter Followers to a Charlie Sheen Tweet) and eagerly devoured the unexpected feast – every last grain.
Alexander took this event as a bad omen and wanted to abandon the project, but cooler heads (ones still attached to their owners) prevailed. “Alexandria,” they insisted, “would be a nursing place for men of all nations.”
Placated, Alex felt further relief when he learned that corporate scribes had taken great meeting notes and construction was able to commence as planned. Albeit not before a lot of “rework” on the outline using the less appealing but more effective chalk.
I know what you’re thinking: “What the heck does this have to do with PPC Campaign Management?”

Despite its rocky start, Alexandria went on to become a cosmopolitan splendor with its famed Library and Lighthouse (one of the Seven Wonders of the Ancient World) among its chief tourist attractions.
Every PPC Campaign will at one point come face-to-face with its own form of sinister seagull; it will need to be revised, amended, modified, changed, improved, or enhanced.
We don’t always need to throw out the strategy just because of some famished flocks; a tactic or two — like barley-meal – yes, but not the foundation of potential greatness.
Unless your strategy bites; but that’s another “story.”